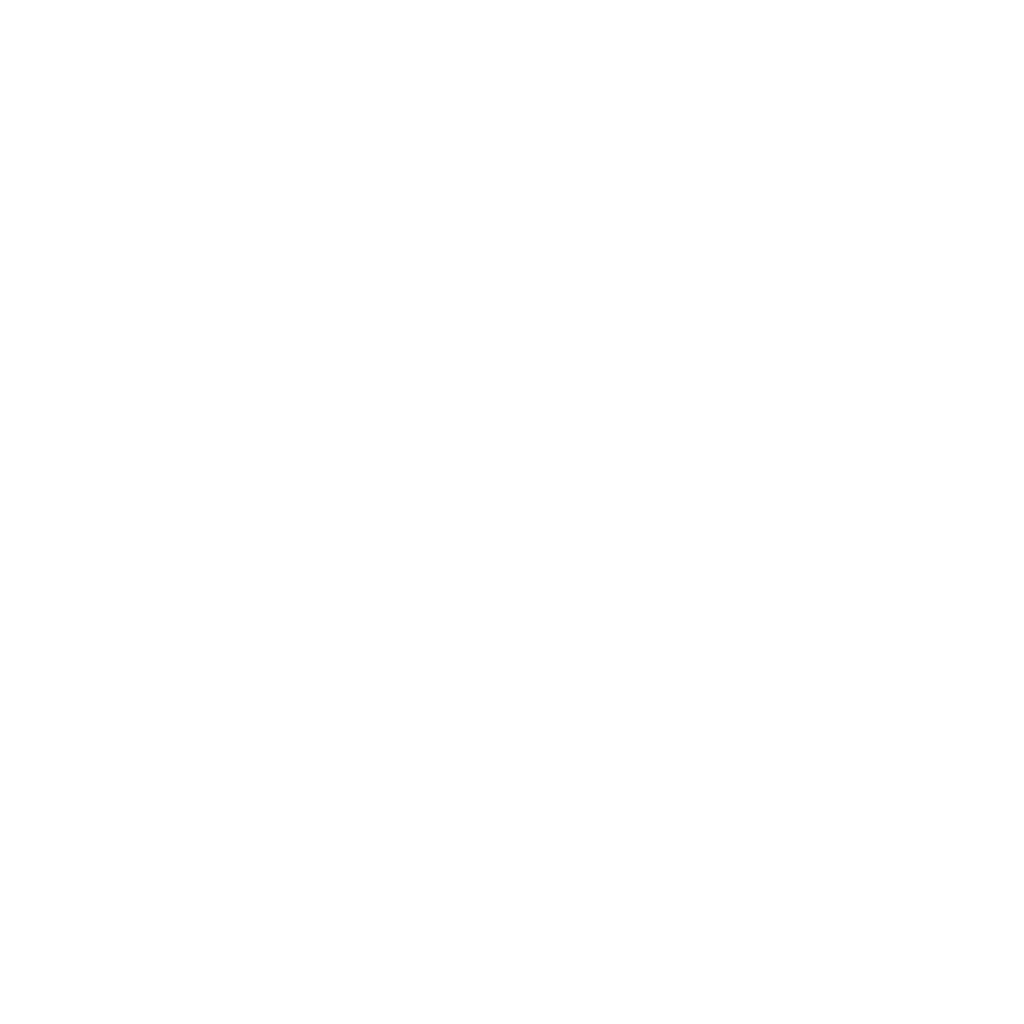 Abbey and Ash’s wedding was a foliage lovers dream and we’re really, really proud of it. We worked with Claire from One Lovely Day in Auckland, who did the styling and worked with Abbey to create the brief. They wanted super-simple, white and green florals. We used hydrangeas and lisianthus and tons of foliage. We were really lucky to be able to use foliage from Abbey’s parents’ house, where the wedding was held, alongside foliage from local growers. It was a hot, muggy time of year which meant we adapted the bouquets on the day to allow for climate (it was super-stormy and muggy!). 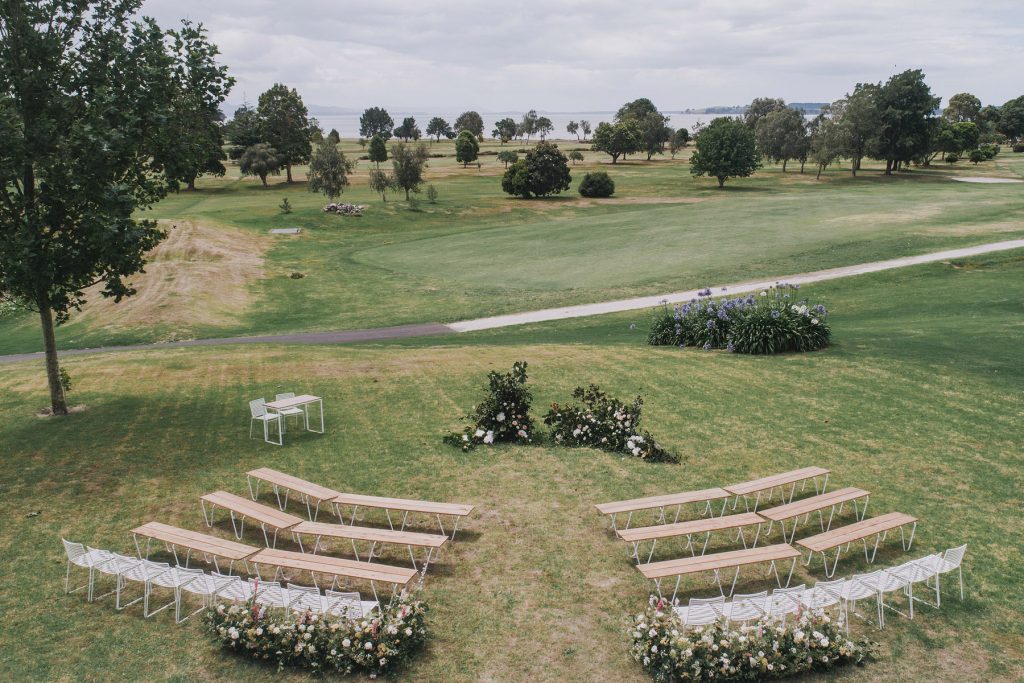 The ceremony was held outside, with views of the neighbouring golf course, so we built a ground-up backdrop, matching it to the surrounding landscape, with complementary tones and foliage. We also did the same with two wildflower garden installations for the entrance to the ceremony space. We really love creating floral displays that resemble Mother Nature – our aim is to make it seem as though they’ve popped up of their own accord. 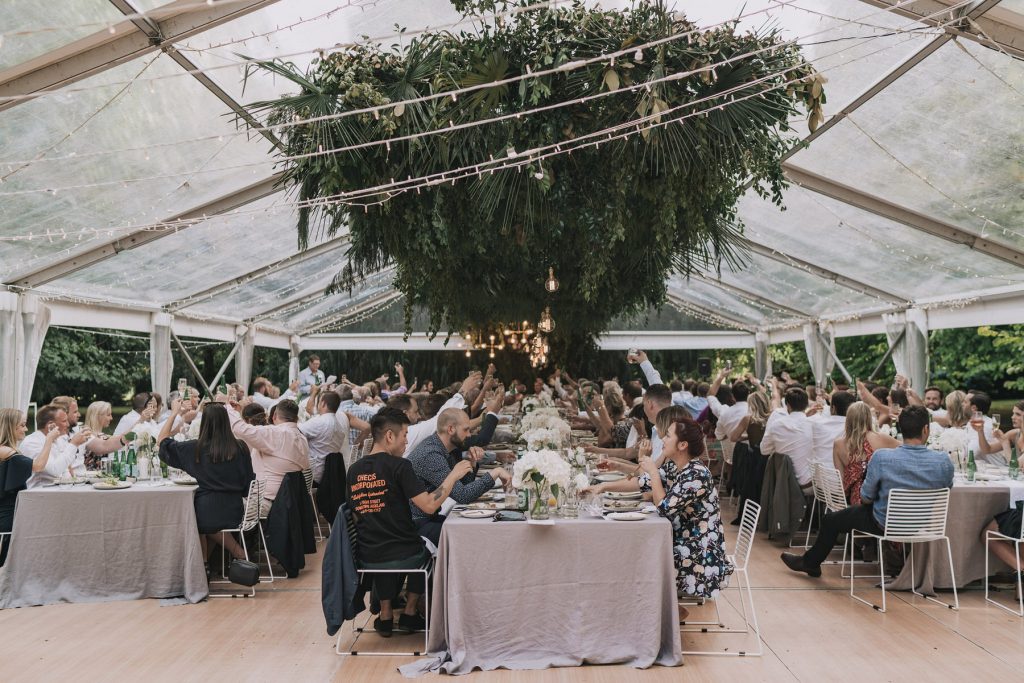 We injected a little colour in ceremony space, inspired by the landscape we were in, but kept it all neutral in the reception space, except for some beautiful blush pink roses around the bridal table and a little colour within the greenery. We also built an incredible green roof (Claire’s idea) – it was 15m long and 5 metres wide and required six men to put it in place using roof guttering, industrial-strength cable ties and a huge amount of chicken wire!

We had a team of eight of us gathering foliage in the days prior so we could dress the incredible reception space. Abbey’s amazing mum filled three trailer-loads with branches for us to use! All the draping on the bridal table used the natural drape of the branches she gave us, and the bar was created from a series of vases with blocked greenery.

This is one of our favourite weddings from the last season. It was incredibly hard work, but so rewarding to have Abbey and Ash’s trust and the chance to create what we did. We only did florals for this wedding and it still took us three days! It was a full-on operation and I couldn’t have done it with just my team – so special thanks go to Abbey’s dad and relatives for their help (especially with that mammoth green roof!). 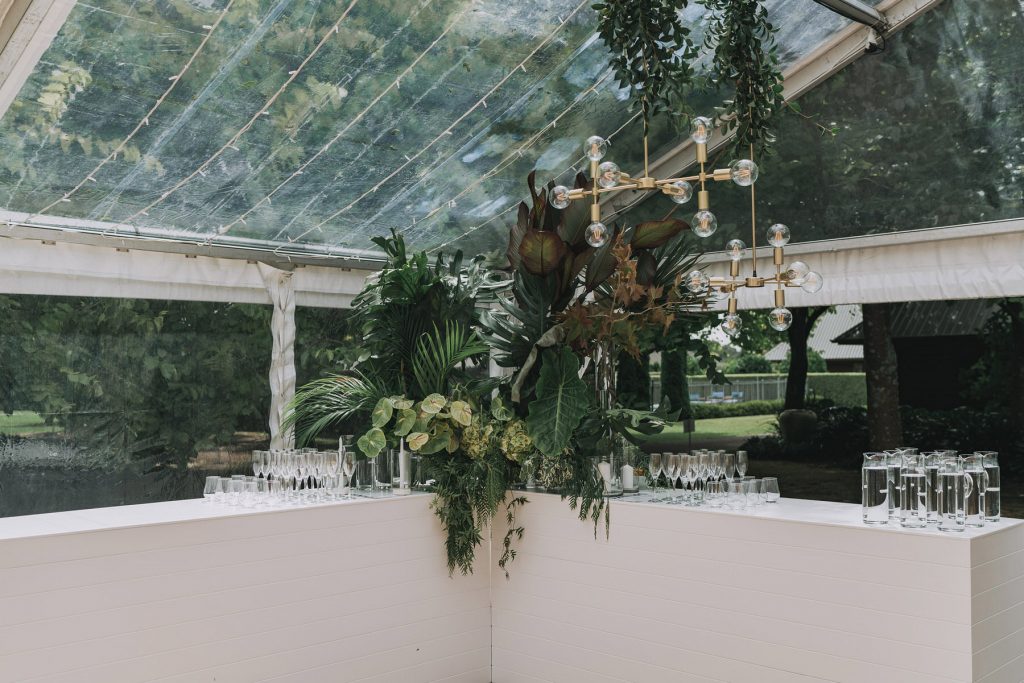 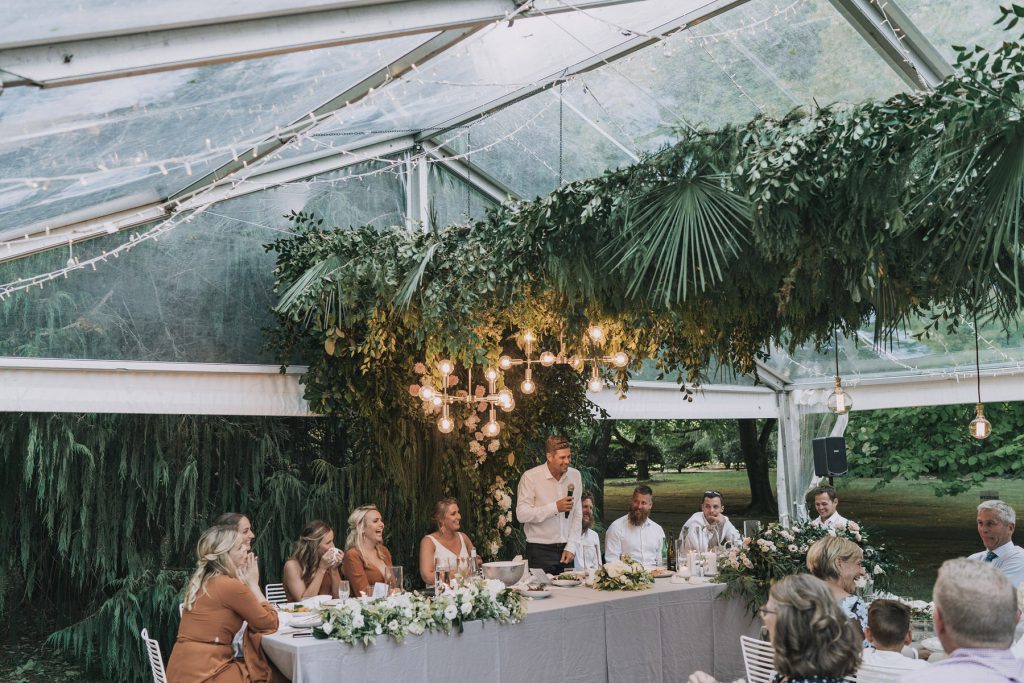 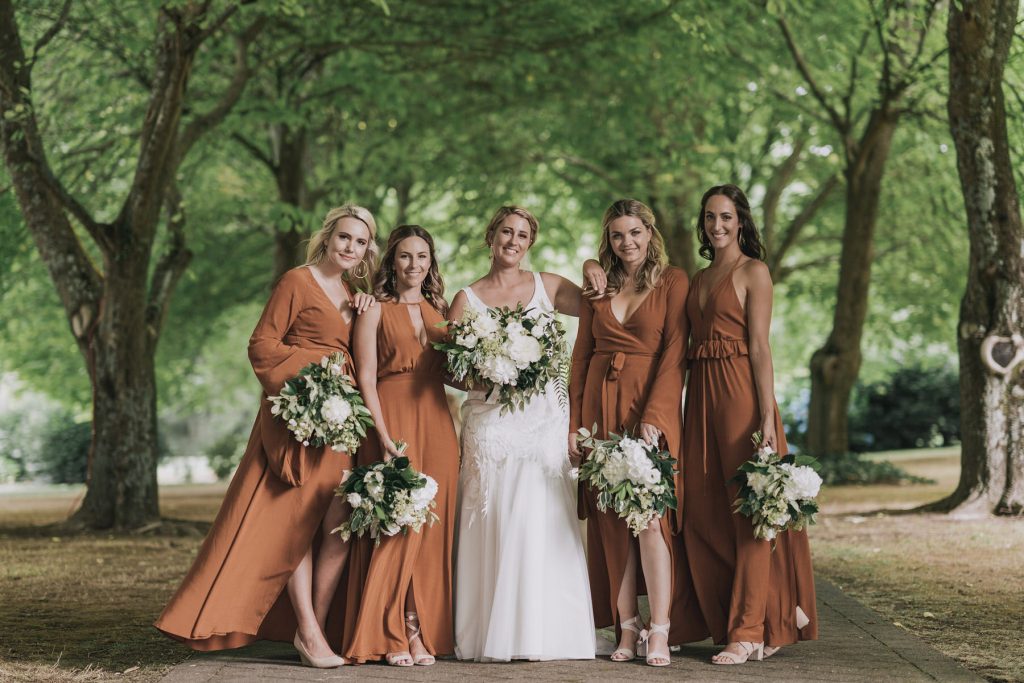 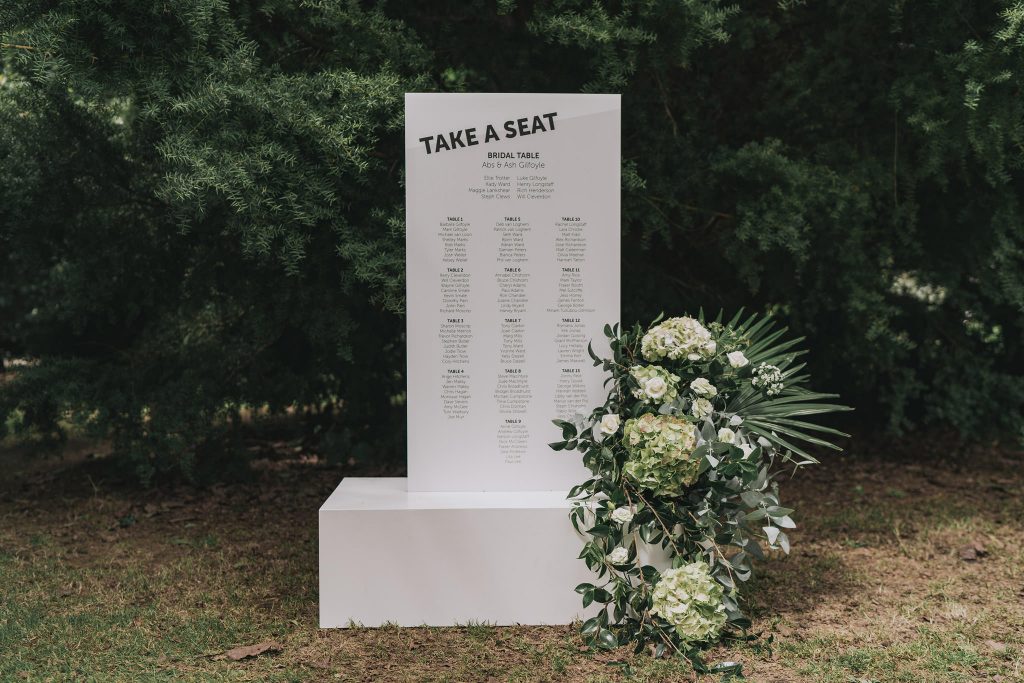 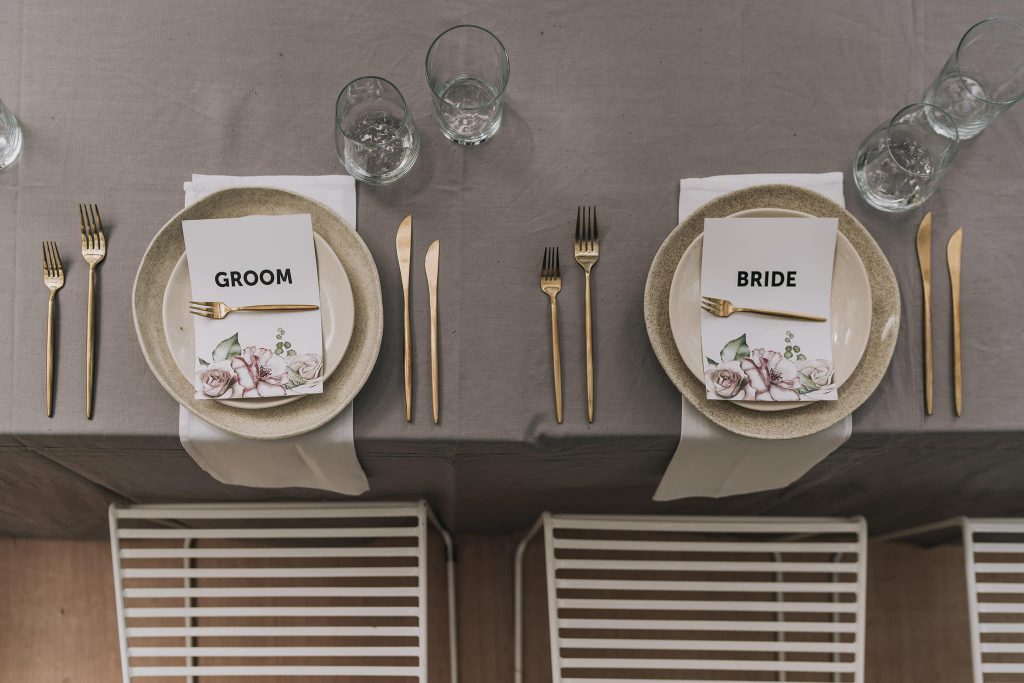 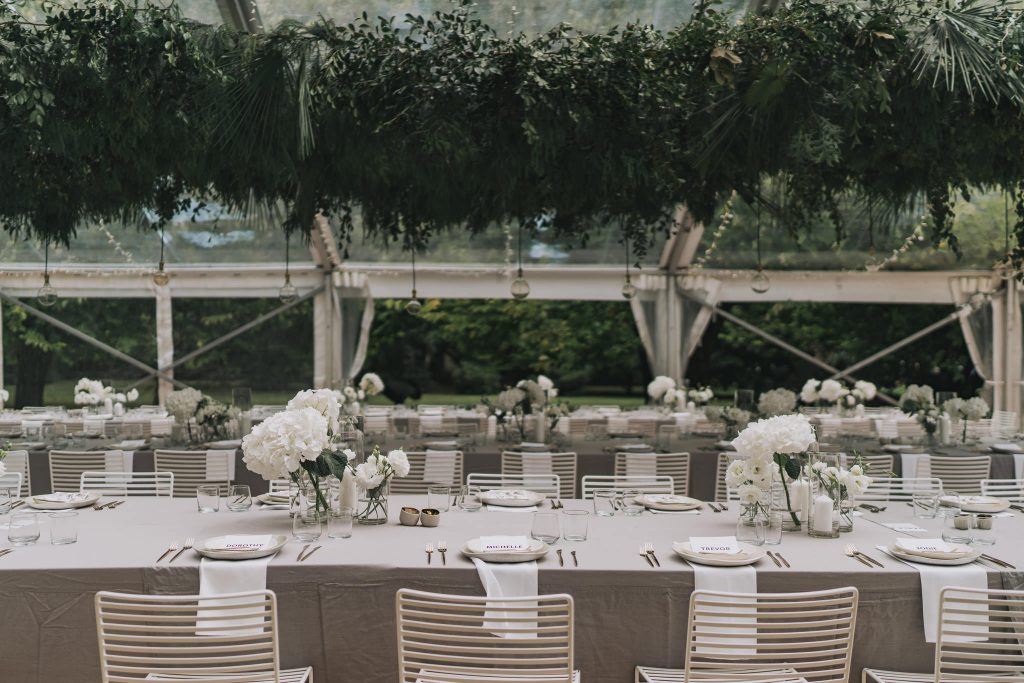 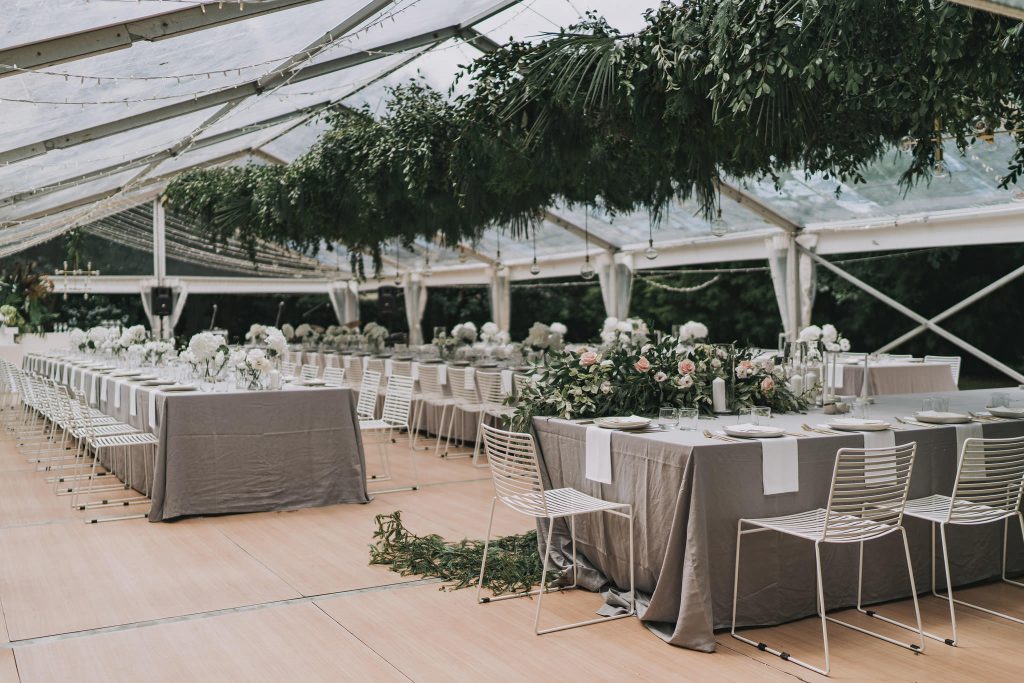 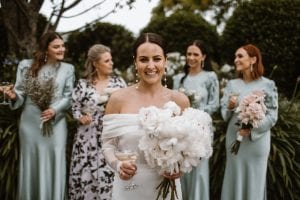 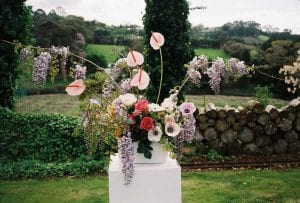 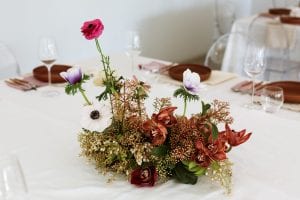 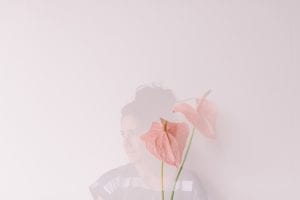 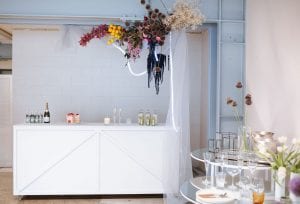 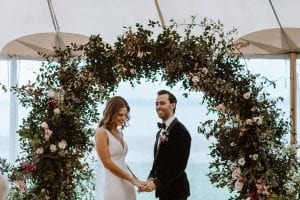 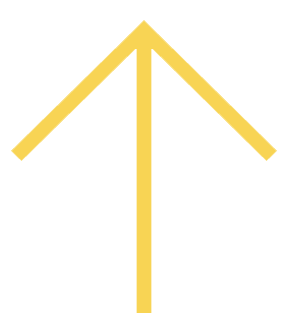